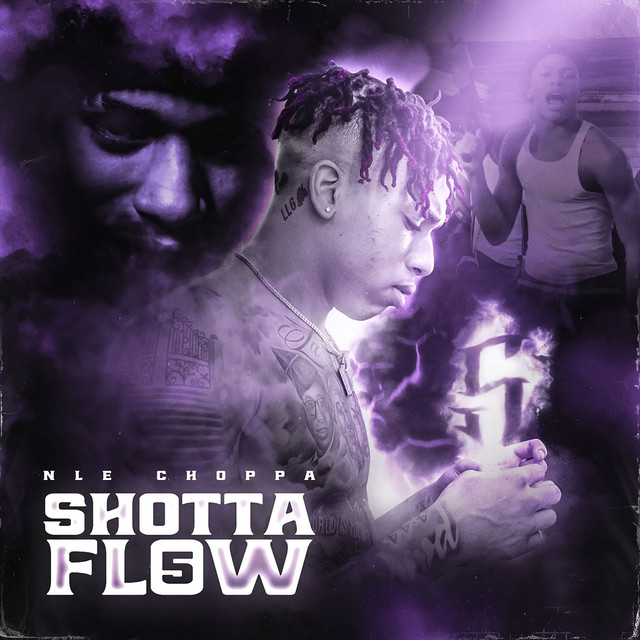 Intro
You know what the fuck goin' on
NLE motherfuckin' Choppa
The Top Shotta, you hear me?
I stand on top of shit
We doin' this shit, ayy (Go get him, go)

Verse
I whip the pack like Ike and Tina, I just copped me a Bimmer (A Bimmer)
Used to ride in steamers (Steamer), I'm hot as jalapeños
Bitch, I'm sellin' out arenas (I'm sellin' 'em out), they say, "He entertain us" (Entertain)
And if you try to tame us, I bet we leave you stained up (Ayy)
Whole lotta sticks in the house, it's a gun show
Bullets get him wet like a motherfuckin' poncho
I don't think none of y'all niggas want gun smoke
Don't second guess this shit, I'm gon' blow (Pussy)
Whole lotta shots when it come out the Drac'
Chop a nigga up, then put him in the lake (Brrt)
Shiesty young nigga, they call me a snake
Ayy, fuck all that, Trick, shoot 'em in the face
Send a hit at five, he was dead by six (By six)
Got shot seven times, but the eighth shot missed
Nine shots in the clip, could've sworn it was ten
Didn't fuck with 12, I was eleven again
I need me a trophy, the best to sin
You niggas ain't straight, y'all lesbians
And fuck your dead homie, I'll say it again
If he come back to life, he dead again
Try to fight me, he gon' fight for his life (Bitch)
Swing with what? I'ma swing with the pipe
(He's not cherishin' it), ayy, take his life
Straight jacket music, I belong in asylum
Felonies and felonies, this what they keep on sellin' me (Yeah, yeah)
This recipe is deadly, see, I be drippin' like relish be (Ayy, ayy)
Shoot him in the head, shoulda had on a hard hat (Ayy)
We finish the beef as soon as you start that (Ayy)
Bitch, I shoot first, why the fuck would I spark back?
If you really a thug, let me see where your heart at (Ayy)
If I say catch a body, lil' nigga, you catchin' it?
If I tell you run off, is you really finessin' it? (Ayy)
If I give you a brick, are you gon' sell that shit? (Ayy)
If you get in a jam, are you gon' start tellin' shit?
Where is the smoke? 'Cause bitch, I'm inhalin' it
Just like the army, we got some artillery
Can they free my dawgs? I'm being sincerely
'Nother opp died, a nigga like, "Seriously?" (Damn, another one?)
Nigga, we shot him, and then we killed his brother, damn
We might as well get the mother
Nigga say he don't like doing drills, I love 'em
If my brothers don't like him, I don't
Somebody tell him he in trouble
I paid too much for my motherfuckin' guns for me to scuffle
Gangster young nigga, I feel like Gucci (Gucci)
Fucked her so hard, left blood on her coochie
Made her said, "Ooh," put my thumb in her booty
I'll be damned, this dumb ass ho just pooted
Who ain't with the murder? Lil' nigga, I kill
That night he died, that was my idea
Told my niggas slide, make sure he don't live
But that's a lil' secret, just keep it concealed
My metal a MAC and I bet I attack
It's a hundred-some shots in this gat, so get back
He thought I was lyin', that shit was a fact
Got shot in his spine, but you watchin' his back

“Shotta Flow 5” is the fifth of a series stemming from Choppa’s breakout original track. Keeping in theme with the previous instalments, the song finds Choppa delivering menacing raps over a hard hitting beat.

Interestingly, “Shotta Flow 5” was officially released before the 4th one because of a leak.