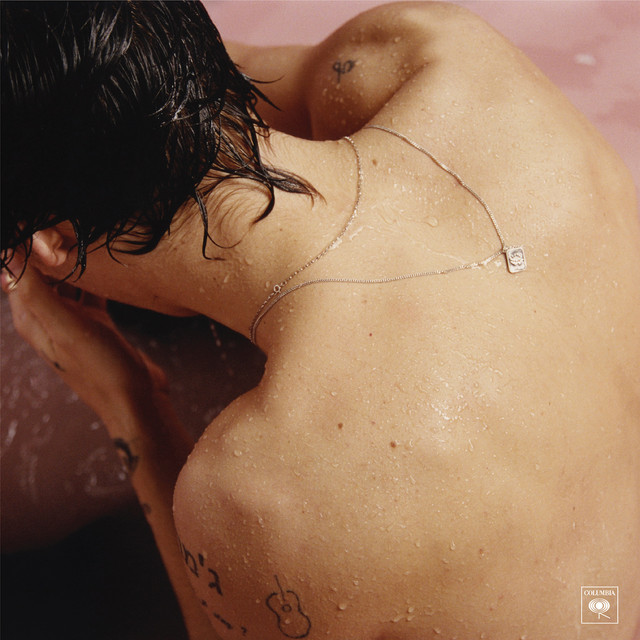 Lyrics for Sign of the Times by Harry Styles:

Verse 1
Just stop your crying, it's a sign of the times
Welcome to the final show
Hope you're wearing your best clothes
You can't bribe the door on your way to the sky
You look pretty good down here
But you ain't really good

Verse 2
Just stop your crying, have the time of your life
Breaking through the atmosphere
And things are pretty good from here
Remember everything will be alright
We can meet again somewhere
Somewhere far away from here

Bridge
We don't talk enough, we should open up
Before it's all too much
Will we ever learn? We've been here before
It's just what we know

“Sign of the Times” is a slow paced pop-rock track about avoiding emotion and reality during times of grief and hardship. The song draws inspiration from ‘70s rock songs from artists like David Bowie and Queen.

The track is Harry Styles' debut solo single after releasing five studio albums and going on four world tours with the global sensation pop band One Direction. “Sign of the Times” is also the lead single from Harry’s debut self-titled album and was released on April 7, 2017, over a year after One Direction began their hiatus.

The track was teased through television ads, though the release date and title were later announced by Styles on Twitter along with the cover art on March 31, 2017, which aptly coincided the 30th anniversary of Prince’s ninth studio album, Sign O' the Times. Although Harry’s song shares a name with a song of Prince’s, the similarities do not continue beyond that. A collaborator of Prince’s, Sheena Easton, has even stated that the “Purple maestro” would have approved.

“Sign of the Times” debuted atop UK Official Singles chart with the #1 slot and landed #4 on the Billboard Hot 100 after only the first week of tracking. Harry taking the top position on the UK charts meant that he had dethroned his friend Ed Sheeran, who had spent the thirteen previous weeks in that #1 slot. To accompany the song’s debut, a two hour pre-recorded interview done with Harry’s close friend Nick Grimshaw was aired on BBC Radio 1.

“Sign of the Times” made its live TV debut on Saturday Night Live on April 15, 2017, the first episode of the show to be aired across the entirety of The United States of America simultaneously. Harry performed a second song, a new track released with his album on May 12, 2017, titled “Ever Since New York”.

The music video for this song was released on May 8, 2017 and depicted Styles flying through the air above mountains and walking on water. Upon release, the music video shot to the #8 slot on the YouTube trending list.