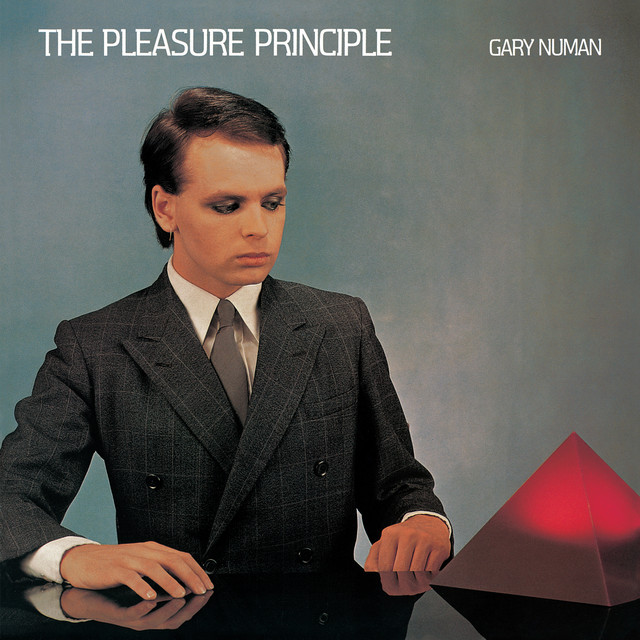 Lyrics for Cars by Gary Numan:

Verse 2
Here in my car
Where the image breaks down
Will you visit me please
If I open my door
In cars?
Here in my car
I know I've started to think
About leaving tonight
Although nothing seems right
In cars

Gary Numan went the whole hog and created a purely electronic debut solo album, ditching any traces of his punk past and cementing his place as one of England’s newest genuine superstars (a status that proved to be short lived, in hindsight) with the commercial success of The Pleasure Principle and its most memorable single, “Cars” – both of which topped the contemporaneous UK album and single charts, respectively, in September 1979. In the US, it reached #9 in the summer of 1980.

Numan was inspired to write “Cars” after an incident that happened while he was driving:

A couple of blokes started peering in the window and for whatever reason took a dislike to me, so I had to take evasive action. I swerved up the pavement, scattering pedestrians everywhere. After that, I began to see the car as the tank of modern society.

He has had dozens of further hits in the UK, but none others in the US – earning him the label of one-hit wonder there. When asked if this bothered him, he responded:

In a way it does. But you have to be realistic; better to have had one than none.

The song has been covered and sampled by several artists including Nine Inch Nails, Kool G Rap & DJ Polo, Judybats, Hole, Tia and Fear Factory – the latter of which features Numan sharing vocals. He has expressed that he appreciates when others reinterpret his song:

I’m so totally blown away with a big grin on my face every time I hear that someone’s done something like that. So it’s not as if I’m kind of arrogantly expecting it. Quite the opposite.