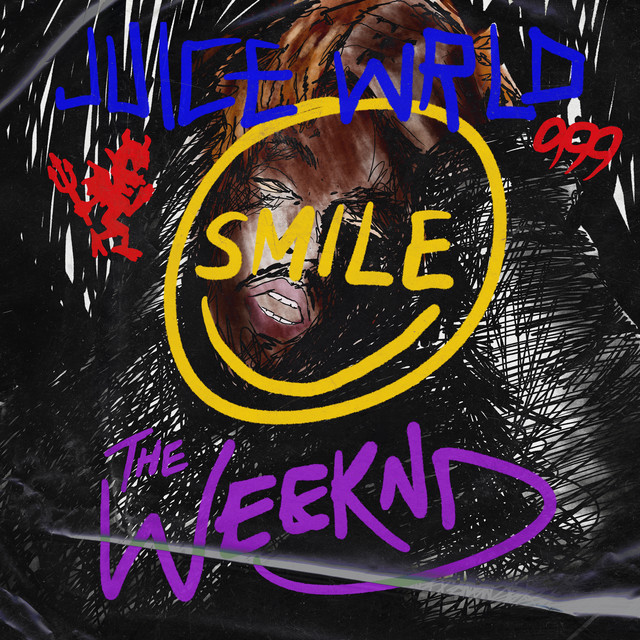 Smile (with The Weeknd)

by Juice WRLD with: The Weeknd

Lyrics for Smile (with The Weeknd) by Juice WRLD:

Verse 2: The Weeknd
Oh yeah
I just wanna see you smile (You smile)
Don't cry (Don't cry)
Even though it means I gotta let you go (You go)
Dependent on ya, gotta learn to be alone ('Lone)
'Cause I'm so desensitized
When our skin is touching (Yeah), I need drugs to love you (Yeah)
You want so much more from me, but I can only fuck you (You)
I spent every day right beside you ('Side you), 'side you ('Side you)
A hundred pics of me on your phone
Now you're someone that I used to know
At this point, we playin' with fire (Fire), fire (Fire)
You don't wanna see what's in my phone
It's just gonna hurt you more (More)

The song tackles common Juice WRLD themes like relationships and the struggle with his inner demons, as well as declaring the happiness of his girl as his main goal.

The song, originally titled “Sad,” leaked on July 15, 2018, with an open verse that The Weeknd later would fill. It also featured a different beat, produced by Juice’s frequent producer Nick Mira. The beat was remade several times, but the released version is produced by Mira, with assistance from another Internet Money member, Taz Taylor, and a first time Juice and Weeknd collaborator: Cxdy.

On August 4, 2020, The Weeknd announced with a Tweet that the track would be released three days later, on August 7: