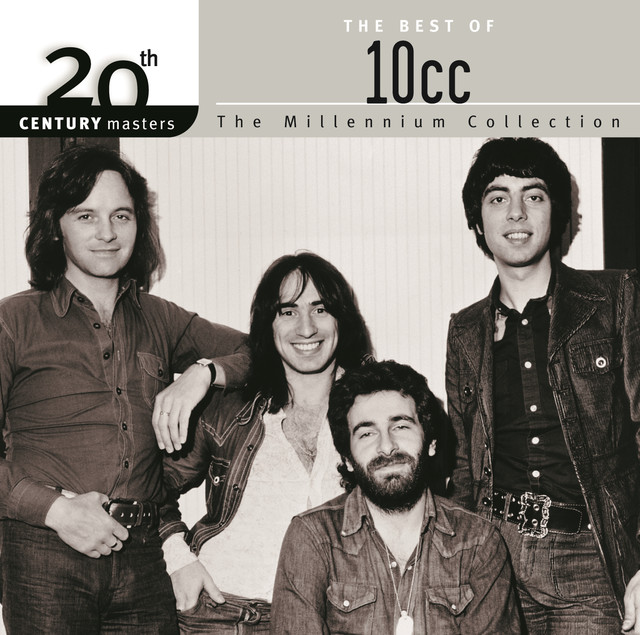 I'm Not In Love

“One of the best songs ever made.”

No Preview
0 Likes
MaxFromQuebec is the first to post this song.

Verse 1
I'm not in love
So don't forget it
It's just a silly phase I'm going through
And just because
I call you up
Don't get me wrong, don't think you've got it made

Verse 1
I'm not in love
So don't forget it
It's just a silly phase I'm going through
And just because I call you up
Don't get me wrong, don't think you've got it made

“I’m Not in Love” is a song written by Eric Stewart and Graham Gouldman of 10cc, from their album The Original Soundtrack.

The song expresses a highly romantic feeling yet the speaker seems to be in denial. He repeats several times “I’m not in love”, but at the end of the song he realises that he is deceiving himself.

The band had wanted to write a love song without sinking themselves into the mire of cliches that came with the traditional love song – so, Eric Stewart suggested a song called “I’m Not in Love”.

The song was originally written as a bossa nova, with congos and island-sounding instruments like that. The band, however, hated that version – especially Kevin Godley. They saw the promise it had, but were stuck without ideas as to how it could be improved. Then, out of desperation, Godley said:

Well, why don’t we do it with voices, no instruments? Just all… a tsunami of voices… let’s do the whole backing track with voices, like a massive choir, the biggest choir you can imagine.

However, the band didn’t exactly have a massive, angelic choir at their disposal. So Lol Creme came up with a further idea – they’d create the choir themselves with tape loops.

So the three members – Kevin, Lol & Graham – spent three weeks in the studio crafting an artificial choir. They would hold one note for as long as they possibly could 16 times in a row (one for each track on their 16-track machine), then they’d bounce all of that down onto stereo tape. They repeated this process for 13 notes – a chromatic scale in the key of C. This ended up giving the band 624 voices to work with, in total.

The band then composed the song by playing the control board as a keyboard – each member had three faders to work with (which corresponded to three notes) and they composed the song by pushing the faders back and forth. All of the notes play at once throughout the entire song; they were prevented from being fully muted by a piece of masking tape which kept the faders from falling below a certain volume level. This is what causes the harmony to sound like an incredible, overwhelming blanket of sound – an entire chromatic scale being sung all at once by the equivalent of 624 people.

The band then recorded a rhythm track which was intended to be temporary – they were going to record over it with another acapella layer which mimicked it. However, the band liked the way it worked with the tape-choir section and kept it. So the version which was intended to be a sort of intermediary draft ended up being the final version of the song.

Godley, however, still wasn’t satisfied with the song as it was. Something effusive was still missing and he couldn’t put his finger on it. Suddenly, Lol Creme remembered something he’d said while recording the grand piano solo – “Be quiet, big boys don’t cry.” Godley loved it and wanted it in. However, Creme’s voice just wasn’t right. They needed something else. Just then, the band’s secretary, Kathy Redfern, popped her head into the studio and whispered, “Eric, sorry to bother you. There’s a telephone call for you.” Lol jumped up and cried, “That’s the voice! Her voice is perfect!” And with that addition, the song was complete.

“I’m Not in Love” was the second single released in support of the band’s third album, The Original Soundtrack. It was the band’s breakthrough hit, reaching #1 in the UK, Ireland and Canada and #2 in the US. It’s been featured in many soundtracks since then, including The Virgin Suicides, Guardians of the Galaxy and Grand Theft Auto: Vice City Stories. 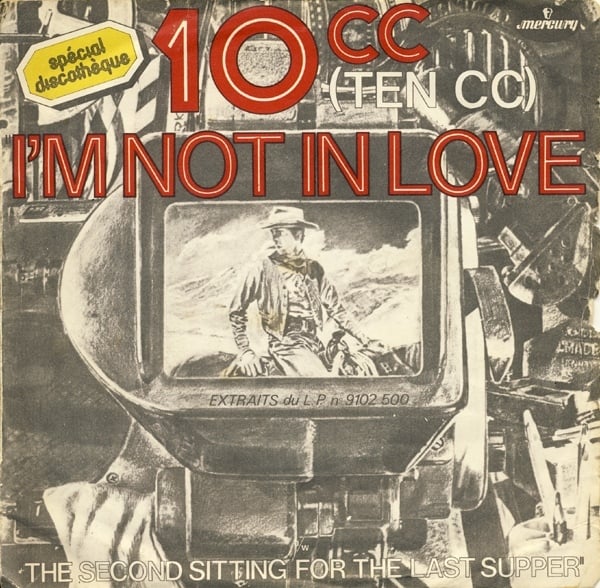