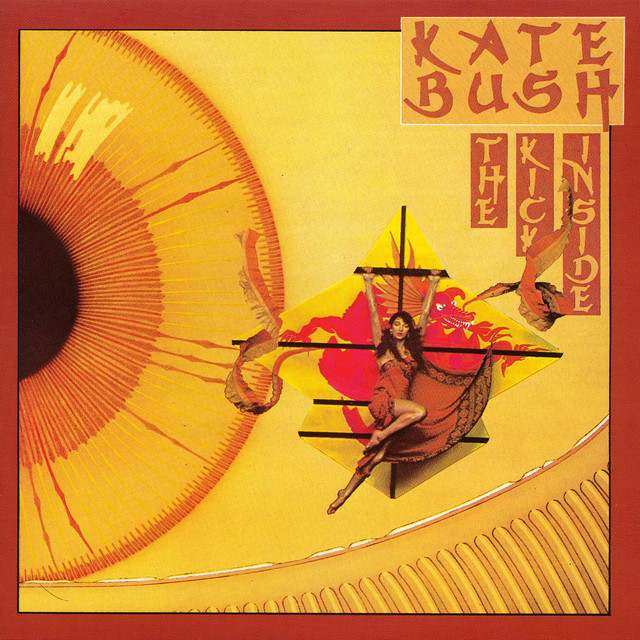 The Man with the Child in His Eyes

Lyrics for The Man with the Child in His Eyes by Kate Bush:

Pre-Chorus 1
And suddenly I find myself
Listening to a man I've never known before
Telling me about the sea
All his love, 'til eternity

Verse 2
He's very understanding
And he's so aware of all my situations
And when I stay up late
He's always waiting, but I feel him hesitate
Oh, I'm so worried about my love
They say, "No, no, it won't last forever."

Pre-Chorus 2
And here I am again, my girl
Wondering what on Earth I'm doing here
Maybe he doesn't love me
I just took a trip on my love for him

The second single to be released from Kate Bush’s ground-breaking album THE KICK INSIDE (1978). Bush wrote the song when she was 13 years old and recorded at 16 under Dave Gilmour’s guidance. It peaked at #6 on the UK charts.

The song tells of a relationship between a young girl and an older man. She sees him as an all consuming figure; he’s wise yet retains a certain innocent quality. He’s a very real character to the girl, but nobody else knows if he really exists. Kate wrote the song because of a quality she saw in most of the men that she knew, how they are all little boys inside and how wonderful it is that they managed to retain this magic.

It was revealed in September 2010 that this song was written about Steve Blacknell, Bush’s first boyfriend. Blacknell told The Daily Mail September 24, 2010: “By the spring of 1975 she had become my first true love. All I really knew about her was that she wrote songs, played the piano and lived in a lovely house with an equally lovely family.”

Blacknell was working, at the time, as a toilet cleaner in a local hospital, but was planning a career in the music industry. He said: ‘She had her heart set on becoming a global star and I was going to be a flash DJ. One day I would introduce her on Top Of The Pops. In the summer of 1975, I finally got my break and landed a job as a marketing assistant with Decca Records. It was then that I finally thought I was equipped to hear her music and it was a day I’ll never forget. I went round to her house and she led me to the room where the piano was. I thought 'Oh my God’. What I heard made my soul stand on end. I realised there and then that I was in love with a genius."

He added: “As things hotted up for her, so our relationship cooled and we drifted apart. But I’ve been told by those around her that I was indeed "The Man With The Child In His Eyes” and I know that those words were given to me by someone very special."

This won the 1979 Ivor Novello award for Outstanding British Lyric.