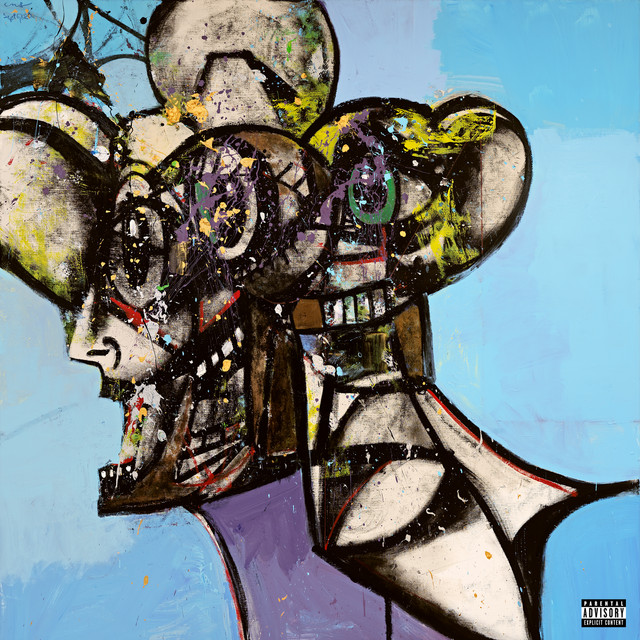 by Travis Scott with: Young Thug,M.I.A.

Chorus: Travis Scott & Young Thug
Yup, in my white tee, yeah
Call up Hype Williams for the hype, please
Uh, they gon' wipe you, before you wipe me
On boxes of checks, not my Nikes (Yeah)

Verse 1: Travis Scott & M.I.A.
Cacti's, not no iced tea (Ah)
Uh, got 'em bamboozled like I'm Spike Lee (Ah)
Uh, you need more than Google just to find me (Ah)
Uh, I just called up bae to get a hi-fey (Ah, ooh)
Incredible, ici-ici general
I just start the label just to sign me (Woo, woo, woo)
Uh, me and CHASE connected like we Siamese (Woo, woo, woo, ooh, ooh)
We been on the run, felt like a crime spree
Talk to me nicely (Yeah), I seen his face (Seen it)
Yup, on his white tee, uh (Let's go)

Chorus: Travis Scott & Young Thug
Yup, in my white tee (Yeah), yeah
Call up Hype Williams for the hype, please (It's lit)
They gon' wipe you, before you wipe me
On boxes of checks, not my Nikes (Ooh, yeah)

Verse 3: M.I.A., Travis Scott & Sheck Wes
Excuse me, si-si-si-si-si-si-si
Don't be missin', man, Mississippi, dip a sippy
Make him happy, make him copy
Make him get me Chippi Chippi (Yeah)
There's a lot I'm goin to spend
Tell me when you need me to pull up
You goin' to shootout while I spin
Trippin' like I'm trigger happy
Salt fish, ackee, ackee, golf buggy
Kawasaki, catch a fish, Sushi, maki, livin' life
London city, left the town (Ah), Thug and Travis be that fam

Verse 4: Travis Scott & Young Thug
Yeah, you know that (Slatt)
And when they free us out, it's gonna be film, a Kodak (Yeah)
Shoot me pourin' right above the rim like Pollack
I've been rippin' and runnin', not slippin' or slidin', athletic tendencies
I've been up since, cheffin' it, whippin' it to the base rock, I provide the remedy (Let's go)
When we open gates up at Utopia (It's lit)
It's like Zootopia, you see the crosses over ya (Yeah)
That's how you know it's us
At 4 A.M. I'm phonin' ya', not for no shoulder rub
Them JACKBOYS open cleaners up, they way they fold and tuck

Chorus: Travis Scott
Yup, in my white tee (Yeah), yeah
Call up Hype Williams for the hype, please
Yeah, they gon' wipe you, before you wipe me
Yeah on boxes of checks, not my
Checks, not my

“FRANCHISE,” released amidst Travis Scott’s famed collaboration with McDonald’s, sees the Houston rapper boasting his wealth and lifestyle. Individual locations of chain restaurants, like McDonald’s, are called franchises. Travis reunites with his friend and frequent collaborator, Young Thug; they are joined by British musician, M.I.A.

“FRANCHISE” pays homage to Dem Franchize Boyz and their 2004 single, “White Tee.” Travis Scott and CHASE B first previewed this single as “White Tee” during the tenth episode of .WAV RADIO on July 20, 2020. It was subtly teased again in the commercial for Travis’ McDonald’s meal on September 8, 2020.

The final Travis Scott and McDonald’s merchandise collaboration released on September 16, 2020, and Travis revealed that there was a secret included in it. This secret was the official pre-order for the single’s imminent release. Five days later, on the 21st, Travis officially confirmed the song’s artwork and release date.

The official music video was premiered alongside the single on September 25. Parts of the video were filmed at Michael Jordan’s Illinois mansion. A lyric video and visualizer were also released.