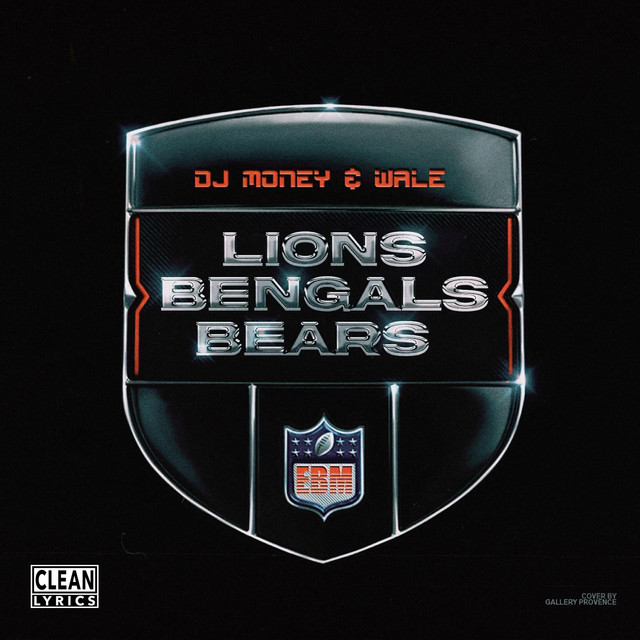 by Dj Money with: Wale

Intro: Wale
Most circumstances, I know my fate
But in this love thing, don't get the game
Why does it feel like those who give in
They only wind up losing a friend
Just cause I love you and you love me
It doesn’t mean that we're meant to be
I can climb mountains, swim across the seas
But the most frightening thing is you and me
Mulah

Verse: Wale
Lions, Bengals, and Bears, none of my guys' scared
Chase rumblin’, anyone of them guys there
Dwayne young and he hungry, I pray we patient with him
I pray he leave with some money, I pray he leave with his health
Yeah, uh, the physical and mental
The thing I like 'bout football, is that stats kill opinions
This rap shit upliftin' niggas, I ain't 'bout to knock it
This whole summer, I was buying all the winter Prada
And I tried being peaceful, but my peace was gettin' bothered
So now out we got them Eagles, we go Carson Wentz Stefani
Niggas say what's up with me?, then they say what's up to me
They say that I be lonely, but this weapon keep me company
Niggas think it’s up with me
Y’all don't want no problem bruh
Niggas say it’s up with me
Well buddy, this insomnia
And I'm not passive
But you know I'm not gone stop
You gotta scramble.... right
You don't got the block
I could probably get you done without half a thought
But you probably hurt yourself
You niggas’ Gus Frerotte
Yeah, Olu Folarin, run it like two-minute offense
Like Kurt Warner and Marshall Faulk
I'm a forking problem
You niggas playing both sides
But I am in my Prime
I high step, if I pick six, it ain't 49
It's 60 nigga, see these women with us?
Some gone play with they nose
Like they hitting the Center
Look, that's all I gotta say
Young Folarin's young Peyton
Money's Jeff Saturday
Omaha, Omaha
All the bull, I'm callin' out
All the Bills I got is blue
I be Diggin all my routes
I be stuck up in this condo
Whole time I got a house
And these bitches get to blitzing
While I'm checking bitches... down
Checking on some DMs
Check her page, she got a spouse
But...
Clout
Lions, Bengals, and Bears
Fighting demons and fears
I Titan up when it's time...
And Mike Vrabel ain't here
Yeah
I hate a favor when that shit ain't sincere
Some people want you in debt...
If they can't put you in fear
I bring my savage out
My Jamal Adams out
Flow's Undisputed, where my 'Gnac
And where my Black & Mild?
Tell Jason Whitlock he a bitch
And he a cracker now.....
But...
But that's a lot of y'all
Somebody line up the Chargers doctor
For Tyrod Thomas
A punctured lung is a lump sum
And a lot of lawyers
We gotta charge it to the game
It's hard to trust the owners
They had they Ducks in a row already
Ain't no one loyal
Hop out the Jag, in LA, like Jalen Ramsey you heard?
I got these M's on my mind, like it's the Thundering Herd
It's like I'm humble for real, but y'all kick-off
On this wall
And
...now I got the ball
Folarin
Most circumstances, I know my fate
But in this love thing, don't get the game
Why does it feel like those who give in
They only wind up losing a friend
Just cause I love you and you love me
It doesn't mean that we're meant to be
I can climb mountains, swim across the seas
But the most frightening thing is you and me