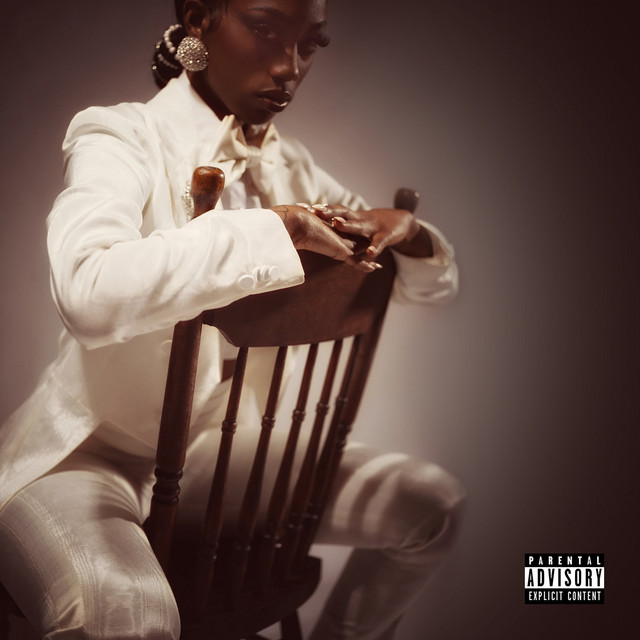 Verse 1
I'd drop my nuts on a hater (I did), huh
Fuckin' these hoes, I'm a player (Yeah, yeah)
VVS chains, watches and rings
Blowin' that kush on a acre (Hello? Ri-ri-rich man)
Bankroll for these stank hoes (What?)
Four days in the same clothes (Fuck it)
Push-ups just to get swole (Damn)
All of my bitches got white toes (If I was a rich man)
Do what the fuck I want
Hit it then leave her alone (I'm gone)
Cartier my cologne (Yeah)
Hit up the country club with my bros (My bros, ri-ri-rich man)
Stupid shit, it's just a double standard
I made my own lane and I took advantage (Flo Milli shit)
You can't hate on pussy if it rule the planet (Yeah, yeah)
I just came in the game and I'm doin' damage (If I was a rich man)

Verse 2
They never should've fucked up and gave me money (Haha)
Came straight out of 'Bama, now ain't shit funny (Lil' bitch)
I swear, all these bitches be makin' me sick (Ew)
Like shit, all that bitch do is eat up some dick (Yeah, ri-ri-rich man)
Yeah, I'm in my prime, though (Ooh)
Niggas ain't seein' me like it's a blindfold
I can't let up on no ho (No), get in the booth and go loco (Ooh, damn)
Cash out in London, just take me to SoHo (Now I'm rich, bitch)
Broke boy, keep your distance (Ew, bye)
He know he can't hit this (Ooh)
'Cause this pussy expensive (Money)
Coupe got a roof but it's missin'
Stupid shit, it's just a double standard
I made my own lane and I took advantage (Yeah)
You can't hate on pussy if it rule the planet (It do)
I just came in the game and I'm doin' damage (If I was a rich man)

Outro: Flo Milli & Topol
Yeah, pussy-ass niggas thought I was sweet
Niggas thought I was green
Bitch, I just dropped a hundred fifty thousand dollar car to y'all pussy-ass bitches (Now I'm rich, bitch)
Y'all can do all this but want bitches to motherfuckin' be wifey and shit
I can fuck who I want (If I was a rich man)
Pussy, ain't nobody your mothafuckin' bitch
You my bitch, ho
(Ri-ri-rich bitch)
And I'm a rich bitch
With rich bitch tendencies, nigga
Fuck is you talkin' bout, ho?
Flo Milli shit
(Ri-ri-rich bitch)
If I were a rich man

Flo Milli has released a new single “Roaring 20s.” Kenny Beats produced the track, which samples Zero Mostel’s performance of “If I Were a Rich Man” from Fiddler on the Roof. Flo Milli interpolates lines from the song, too. Listen to “Roaring 20s” below.

“The Roaring Twenties was a period in history of dramatic social and political change. Last year I was able to break through during a very difficult time for not only our country but, the world. Born in 2000, and having my breakout year in 2020, I feel like I’m living in the new age of the Roaring Twenties. One of the most familiar symbols of the Roaring Twenties was the birth of the new independent woman, known in those years as a flapper. A flapper is a young woman; unbothered by conventional standards of behavior. In addition to being more sexually free than previous generations, the women of the Roaring Twenties had the bobbed hair, the short skirts, the drankin’, the smokin’, looks, and participated in activities that were deemed ‘unladylike.’ My lyrics, my style, and my lifestyle all resonate with that freedom and I AM the Roaring Twenties.”