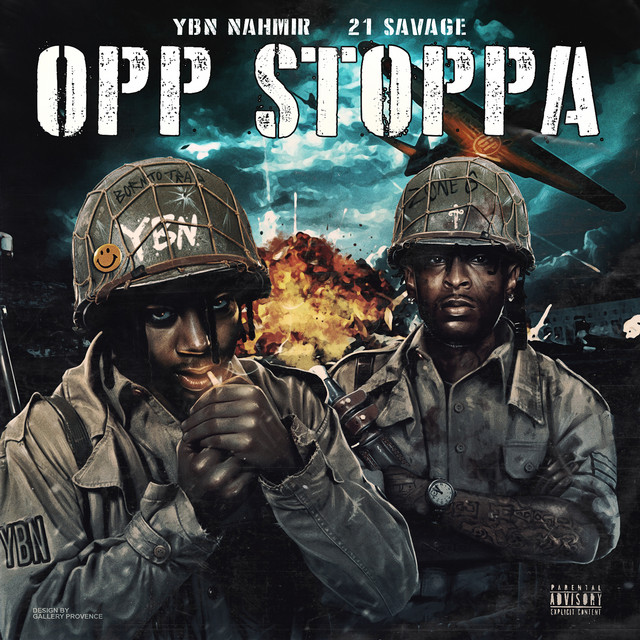 by YBN Nahmir with: 21 Savage

Verse
I keep a rocket in my pocket, socket called a pocket rocket
If it's war, we ain't playin' games, bitch, we get it started
I'm the man, clip it, keep a hundred, nigga, I'm a gunner
When it's beef, we ain't playin' games, we hit you and yo' mama
Know that choppa, that's that oppa stoppa, hit you and your pops
I fell in love with all this fuckin' money, you in love with drama
Say-say baby, I'm not Sosa, baby, but I keep a llama
Gonna pull up in a new i8, you ridin' in a Honda
All these tattoos on my fuckin' body, she say I'm a hottie
Why your girlfriend always wanna fuck me, wanna touch my body?
We got all type of fuckin' guns, might even have a Tommy
I remember them days in the jail, still free my nigga Rodney
And free Chris though, 'member we was bouncin' out with .44's
A nigga keep it silent, in L.A. I keep a clip though
'Cause no, I can't be lackin' in these streets, I keep a big pole
And I can't have no nigga with me if they gon' snitch on us

This song was originally released during June 2019 but was re-released on Spotify during November 2020. This is during the time when it went Viral on TikTok.