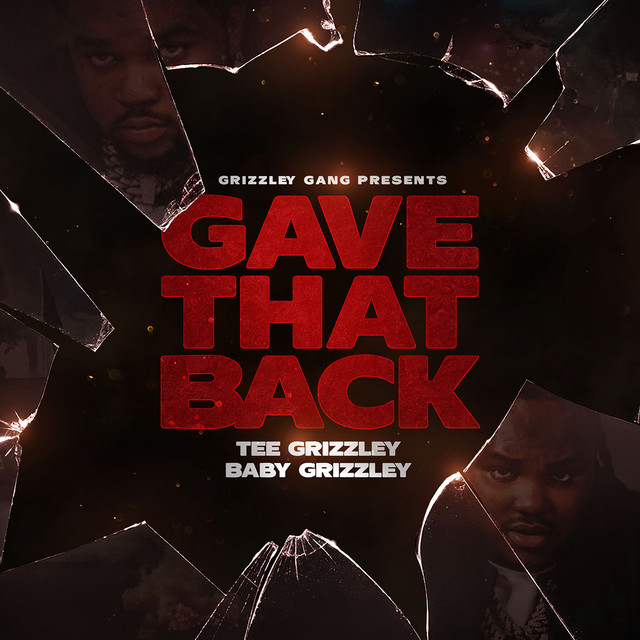 Gave That Back (feat. Baby Grizzley)

by Tee Grizzley with: Baby Grizzley

Lyrics for Gave That Back (feat. Baby Grizzley) by Tee Grizzley:

Chorus: Tee Grizzley
I ain't goin' back and forth with niggas 'less it's on the track
Me and broski twinnin', winnin', rappin', still'll twist your cap (Grrah)
Gave my momma all that time, she did ten and gave that back
Now your kids rich, Mar Mar blew eighty stacks and made that back

Verse 2: Tee Grizzley
We come from that cloth that they don't make no more (They don't)
Text your bitch like, "Pop out," she text back, you made her stay at home (This ho ass)
Baby Grizz and Momma Grizzley back, they let them gangsters home (They here)
Ridin' in that SRT Demon but them angels close, I ain't alone

Verse 3: Baby Grizzley
Say the clip full, brodie (Rrah), we gon' spray that doe
Opp know ain't shit they can do, they ain't gon' save that doe (That's it)
Eat me in a Rolls-Royce, I just might make a ho
Told that lil' bitch to bring her friends, I don't date alone

Verse 4: Tee Grizzley
Ayy, you strapped when your niggas with you? (What?)
I got that Drac alone
Told the DJ he a rat, when we in here don't play that song
All my niggas up in bank, imagine what I make alone
Come and drop a nigga whole village, this shit Game of Thrones

Verse 5: Baby Grizzley
Pull up in them Lamb' trucks trippin', got like eight poles
Drums in this bitch, full crowd, it's a Drac show
Say them boys ride, .308, turn his brakes on
Let my O.G. out, can't wait to put my nigga Blaze on
Asked bro before I got locked, I was twenty up (No cap, nigga)
Ayy, now it's eight hunnid and twenty plus
All shops, thirty pokin', givin' twenty up
Go get me a water, bitch I'm rollin' like a twenty bud

Verse 6: Tee Grizzley
Ayy, at the Waldorf eatin' on the roof, I bring your ho up here (Come here)
On the jet I'm wearin', red lights stop but she gon' go up here (She goin')
All my shooters smart but if you play, they gon' act slow up here (What?)
Call my label up like, "Bring that bag and baby bro in there" (Baby Grizz)
Damn, I wish you was here to see this shit we did, pops (R.I.P.)
I don't wanna drive the Lamb' today, bring me that Benz block (Ayy yo, pull up)
You can look up all our paperwork, solid as a rock (Ten toes)
And my pistols like Snoop, six-four, switches on them Glocks (Brr)

Chorus: Tee Grizzley
I ain't goin' back and forth with niggas 'less it's on the track
Me and broski twinnin', winnin', rappin', still'll twist your cap
Gave my momma all that time, she did ten and gave that back
Now your kids rich, Mar Mar blew eighty stacks and made that back

Outro
DJ on the beat so it's a banger