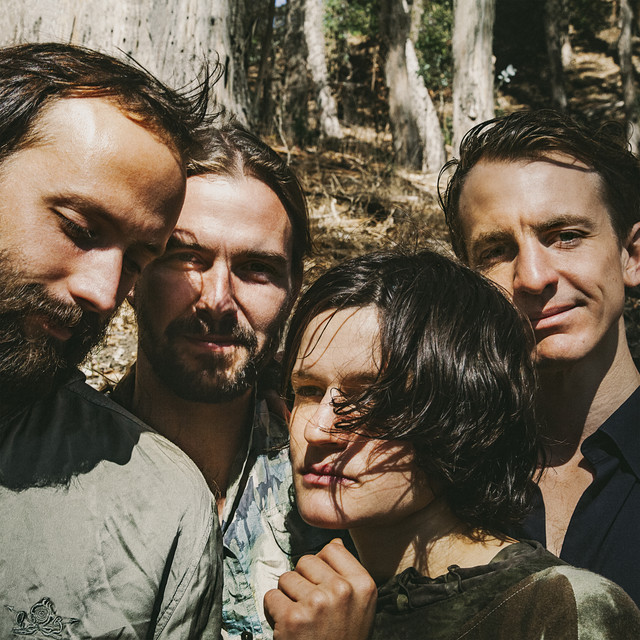 Verse 1
You somehow let me down
Both hands and a gentleman
You could not take me through
New plans or tell me who
New friends, I can make some too
I know
You somehow took me in
Both arms, my marked up skin
Two hands, places you had been
I needed

Chorus
And the more that we try
To figure through the answers
To repeat ourselves
To deny, deny

Verse 2
Now you call my bluff
All clear and it gets so rough
Stone-faced in the light
The air and the jagged bite
Cold air, the wisdom of the night
Between us

Verse 3
Somehow we exist
In the folds, and now we'll kiss
Both hands, the mystery before us
She's reaching
But I could not take you through
New plans, or tell you who
New friends, you can make some too
I know

Beginning in July 2019, Reddit users who’d purchased Big Thief’s 2019 record “U.F.O.F.” began to report they’d received blank 7" records from 4AD. Eventually it was confirmed that the songs were “Love in Mine” and this song, “Two Hands.”

Although originally speculated to be a cut track from U.F.O.F., Big Thief’s August announcement of a new record out in October confirmed the song was the title track for that new record.

“U.F.O.F.” and “Two Hands” have been described as companion pieces, with U.F.O.F. playing the “celestial twin” and Two Hands playing the “earth twin.” Therefore, it is within reason that the title tracks from those two records could conceivably serve as companion pieces to each other. The song Two Hands appears to describe a deteriorating relationship growing more distant over time. Similarly to the song UFOF, Two Hands narrates a bittersweet separation. Time bends as the narrator annotates a supercut of fond memories, cold winter arguments, a happy ending with new friends, and a more fatalistic ending over the edge of a cliff.

Musically, the mirrors to UFOF continue with another arpeggio acoustic guitar over percussion that is more reminiscent of an old house settling in a quiet night than rock and roll drumming. A guitar solo squeals out with the weaponized tenderness of fingertips threatened to become claws. Bass guitar occasionally checks in so organically, you can almost here bassist Max Oleartchik’s fingernails sliding over the crevices of the his strings.

Singer Adrienne Lenker’s vocal performance is light, thoughtful, and bewitching. Early reviews suggest Two Hands is one of only two songs on the album that feature double-tracked vocals. Conceptually, this could be something of a musical pun for a song titled Two Hands to have two vocal tracks. Or perhaps it’s a musical incarnation of the dual nature of the end of a relationship, the sadness and the hope, the ending and the beginning.