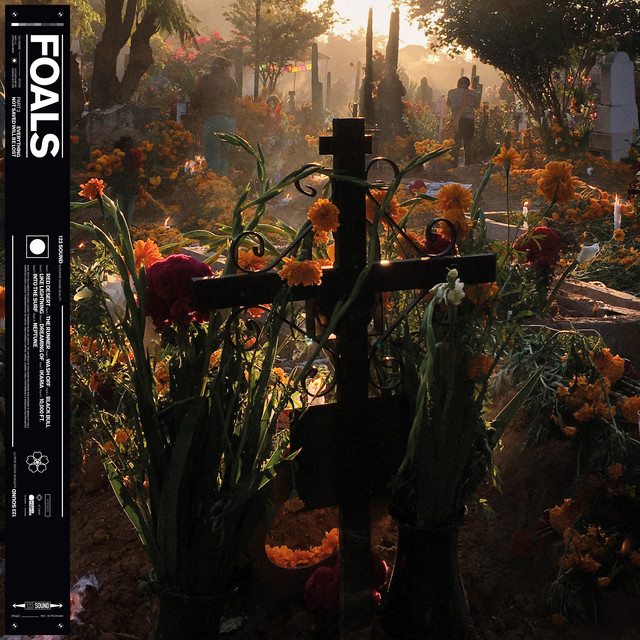 Lyrics for The Runner by Foals:

Verse 2
And if it hurts, don't let it show
(Step by step, I'll keep it up, I won't slow, I gotta go)
While the seasons come and go
(With every shadow step I take, I'll make sure that I won't break)
Shadow chiaroscuro
(While the years, they come and go, I won't let myself get slow)

With a heavy riff and dogged determination, The Runner picks up where Foals' Everything Not Saved Will Be Lost Part 1 left off. The narrator is done lamenting his fate now and Part 2 sees him picking himself up, dusting himself off, and moving forward. Or, as Foals frontman Yannis Philippakis summed it up for the NME:

“Part one ended with a lot of fire and destructive imagery, part two is trying to respond to that: how you can continue in the wreckage and through the scorched earth?”

In a previous interview with DIY Magazine ahead of Everything Not Saved Will Be Lost (Part 1)’s release, Yannis had revealed that Part 2 had “songs about working through it and the power of perseverance and energy and passion, and not being defeated” and that the first tracks had “(a) ‘when you’re going through hell, keep going’ type of mentality”.

Fittingly, the song required some perseverance from Foals themselves! When the song debuted on Annie Mac’s Hottest Record In The World on BBC Radio One, Yannis told her that the riff was one that they used to jam during sound checks on the What Went Down tour. The band were excited to take it to the studio and develop it further, but they hit a roadblock when Yannis attempted to find a place for the vocals. “Then we just had this one kind of inspired afternoon where everything started coming together” where he “had the kind of lyrical idea of the singer … confronting his own demons and his own troubles but also it being a metaphor for us trying to persevere & have a sense of optimism”. As for the call-and-response structure of the song’s verses, it wasn’t originally intended. Yannis described thinking of the drill sergeant in Full Metal Jacket and getting the idea of using refrains. Essentially, the verses are styled like military cadences.

The song’s main riff may have originated as far back as 2012, as this video of a jam at a live show features a very similar one:

This track’s working title was “Killer”.

A little over three weeks after the song’s official release came the music video, directed by Quentin Deronzier. It features Yannis Philippakis and stars Vincent Heneine as his sullen doppelganger. The two race and fight through various scenic paintings in an art gallery come to life, but also have a brief quiet moment where they stop and share swigs from a bottle of liquor. 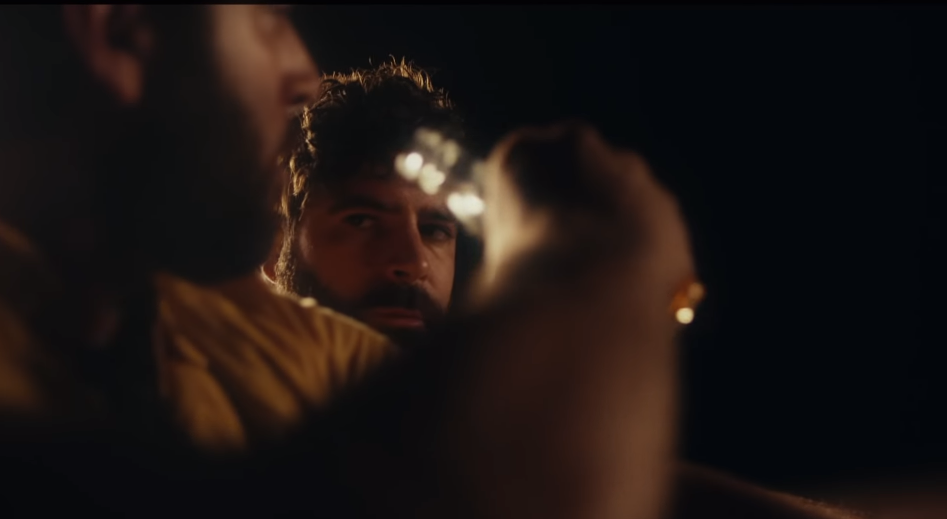 By the end of the video Yannis seems to have defeated his sinister twin as he walks alone into a wildfire. As he explained it to NPO 3FM:

“Then you see the external world and you see the battle there has been lost, that is a much bigger challenge facing us outside. That’s an important message: we often get preoccupied with our own problems, especially in times like these. We have to try to solve the wider problems that are outside of ourselves.”