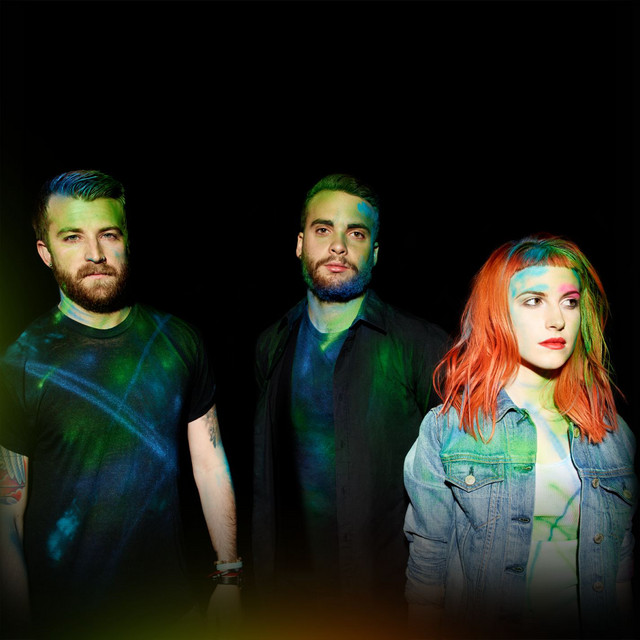 Lyrics for Still into You by Paramore:

Verse 1
Can't count the years on one hand
That we've been together
I need the other one to hold you
Make you feel, make you feel better
It's not a walk in the park
To love each other
But when our fingers interlock
Can't deny, can't deny you're worth it

Pre-Chorus'
'Cause after all this time, I'm still into you

Verse 2
Recount the night that I first met your mother
And on the drive back to my house
I told you that, I told you that I loved ya
You felt the weight of the world
Fall off your shoulder
And to your favorite song
We sang along to the start of forever

Pre-Chorus
And after all this time, I'm still into you

A very upbeat and happy number off their fourth studio album, Paramore, that seems to wrap up lead singer Hayley Williams and lead singer of band What’s Eating Gilbert/New Found Glory guitarist Chad Gilbert’s relationship. Still into You is the ninth track on the album and the second to be released as a single.

Still Into You peaked at No. 24 on the Billboard Hot 100, at the time the second-highest a Paramore song had ever reached. Hayley talked about its commercial success when the song was played during her hosting appearance on the Sirius XM Hits 1 Weekend Countdown:

This song, I’m so so happy that this song is getting played on the radio. It’s probably my favorite Paramore song that we’ve ever written, actually. It’s about commitment to that one person that you just fall in love with and you have to just choose and you have to work so hard to stay in love. It’s not an easy task. It’s not a walk in the park, if you will.”

She told DIY that during the writing process, she knew it had the potential to be big.

Still Into You was one that five minutes into writing, it scared me. I loved it so much that it really actually scared me. Like, I feel like this is a big song, but you never know.”

Still, Hayley said during the band’s interview on Good Morning America that the song nearly wasn’t released as a single:

We just didn’t think that a love song would work as a Paramore hit. But we’ve always loved it. It was just like really? That’s going to work?”

The song highlights the band’s shift to more of a pop sound, something they had reservations about doing, especially when it came to the song’s chorus. Hayley said in Still Into You’s Beyond the Video, “When we got to the chorus I remember asking Taylor. I was like, “Is this too poppy? Can I do this? Can I say it like this or can I sing it like this?” And I just remember Taylor being like, “Do you like it?” And I was like, “I love it!” And he was like, then who cares, just do it anyways. I think that’s sort of a testament to how the entire writing and recording process went. If we liked something and we believed in it, we did it. We didn’t back down from it just because it was different.”

Hayley talked to Fuse about Chad’s reaction when she first showed him the song.

He got super shy. He didn’t look at me the whole time that we listened to it. Of course I was super psyched like, ‘Look at this song about you! YEAH!’ I’m psyched because Paramore, we don’t have a lot of love songs. I can probably count on one hand how many happy, positive songs that we’ve ever written. So I’ve just always been super emo at heart. So yeah, I’m just really excited that we have a song like this. Because it feels so good.”