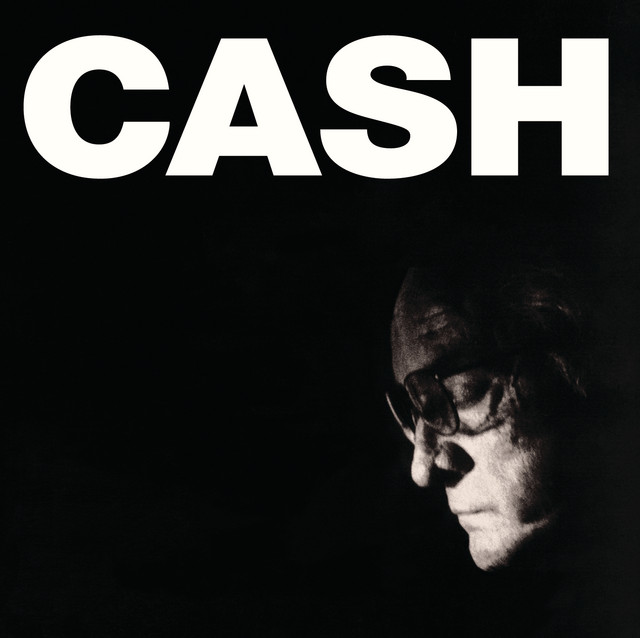 Lyrics for Hurt by Johnny Cash:

Chorus
What have I become
My sweetest friend?
Everyone I know
Goes away in the end
And you could have it all
My empire of dirt
I will let you down
I will make you hurt

Chorus
What have I become
My sweetest friend?
Everyone I know
Goes away in the end
And you could have it all
My empire of dirt
I will let you down
I will make you hurt

This song, originally written and performed by Nine Inch Nails, is of disputed meaning: is it about self harm, doing heroin, or both? Either way, no matter if it reflects Cash’s addiction issues, or suicidal thoughts, it’s one of Cash’s classics. Johnny decided to change just one line, possibly reflecting his Christian faith.

The song was recommended to Cash by legendary producer, Rick Rubin, who produced Johnny Cash’s American series (and released them on his label American Recordings). When Trent Reznor was asked if the song could be covered he said he was:

flattered [but worried that] the idea sounded a bit gimmicky.

However, after watching the video:

Wow. Tears welling, silence, goose-bumps… Wow. [I felt like] I just lost my girlfriend, because that song isn’t mine anymore… It really made me think about how powerful music is as a medium and art form. I wrote some words and music in my bedroom as a way of staying sane, about a bleak and desperate place I was in, totally isolated and alone. [Somehow] that winds up reinterpreted by a music legend from a radically different era/genre and still retains sincerity and meaning — different, but every bit as pure.

The song was released as a single in March 2003, along with “Personal Jesus,” a Depeche Mode cover. It was the last single released by Cash before his death in September 2003. Cash saw it hit #33 on the Billboard “Alternative Songs” chart, and #56 on its Hot Country Charts, 48 years after his Cry! Cry! Cry! first hit the US Country chart.

The music video becomes even more harrowing when one realises that June Carter Cash, Johnny’s wife, died only three months after it was made, and that the house it was filmed in (the Cash residence for 30 years) later burned down.